This is a photo of a small (~2mm) garnet (possibly almandine) found in a specimen of mica schist from the Black Hills. 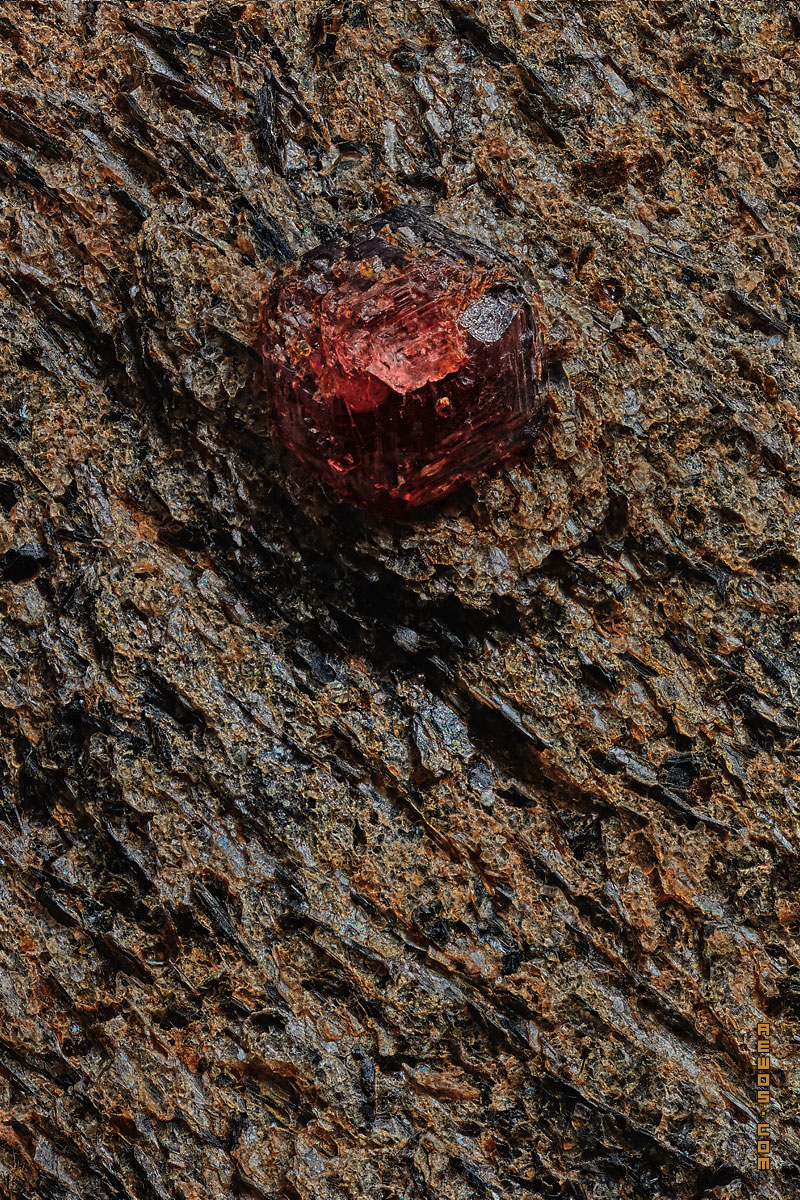 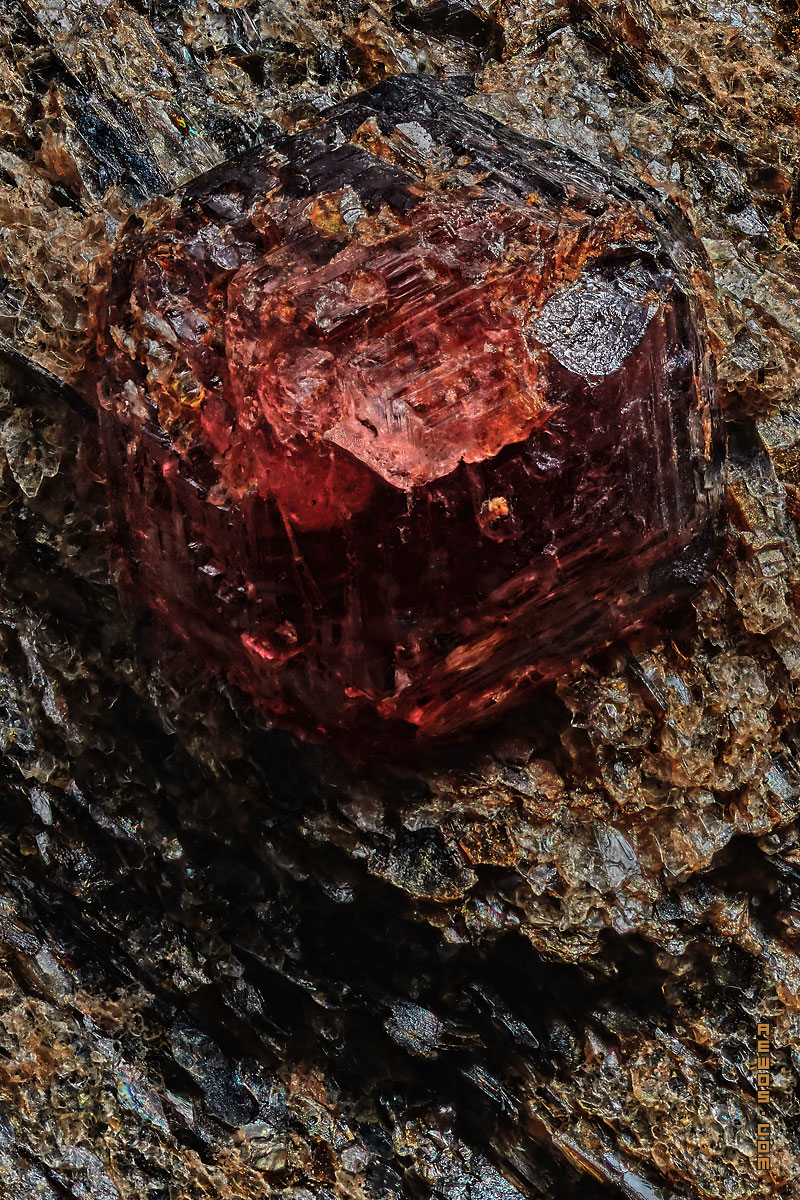 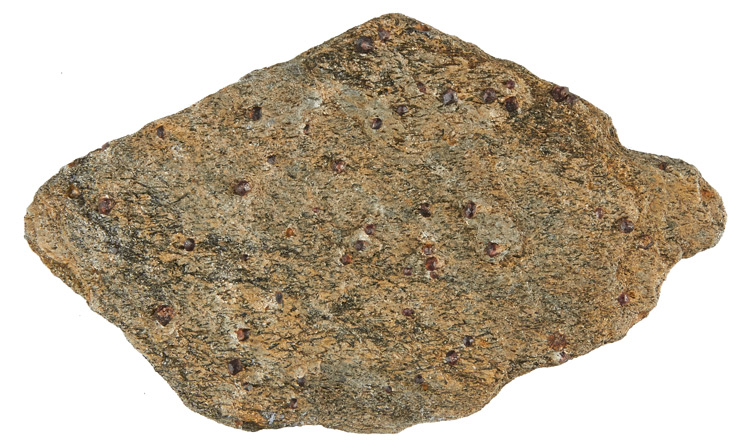 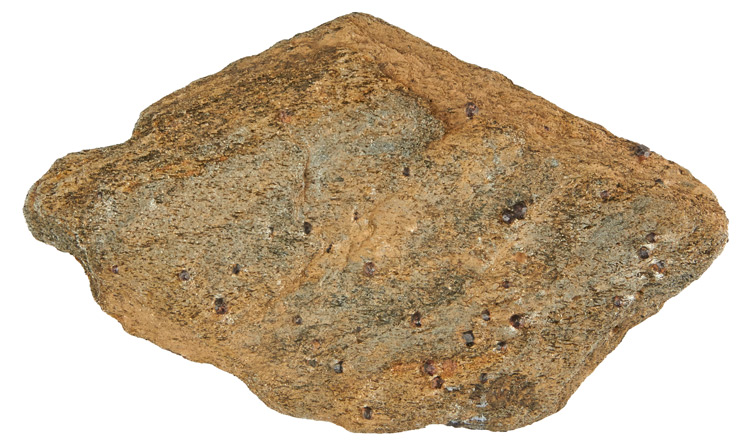 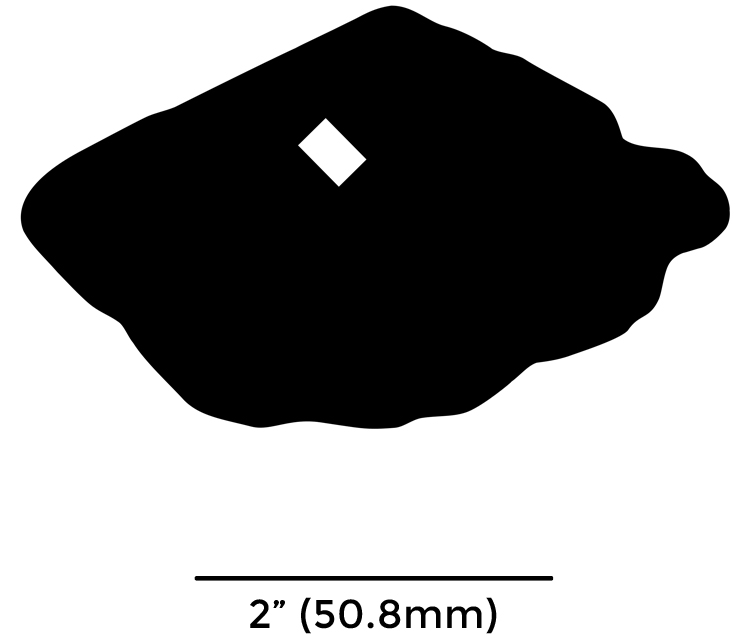 The name garnet is derived from the Latin word “granatium” or “granatus,” which means pomegranate, referring to the similarity between the crystals and pomegranate seeds (1). Garnets are found in a variety of colors, including red, yellow, and green (4). They are used to produce gemstones and abrasives, in water filtration systems, and for waterjet cutting and sand blasting (1, 4). (The hardness of garnets is in the 1,300 range on the Knoop scale, where Copper is ~150, quartz ~800, and diamond ~8,000)(5, 6). Almandine is the most common type of garnet (frequently in reddish/brownish colors) and is widely used in jewelry (2, 3).

In terms of crystallization, garnets commonly form as rhombic dodecahedrons, which are 12-sided structures (1). The shape is overlaid on the photo below, and accompanied by an illustration. During garnet formation, there appears to be a relationship between shape, chemical composition, and the rate of temperature change, with this form being more common when the temperature change is slower (7). As an interesting side note, domestic bees sometimes build their honeycombs in this same form. The front of the honeycomb is open and shaped like a hexagon. However, the far (back) end is enclosed with three diamond shapes (rhombuses) to form the dodecahedron. Triangles, squares, and hexagons are the shapes (regular polygons) that can be tiled together on a plane without gaps (8). If the perimeters of these are held constant, hexagons enclose the greatest area (8). Similarly (holding the volume constant), an end cap made with rhombuses takes up less surface area than one with a flat base (9, 10). In other words, by choosing this shape a bee has to convert less honey to produce the wax for the honeycomb walls, leaving more honey for the bees to consume and survive (8, 9). 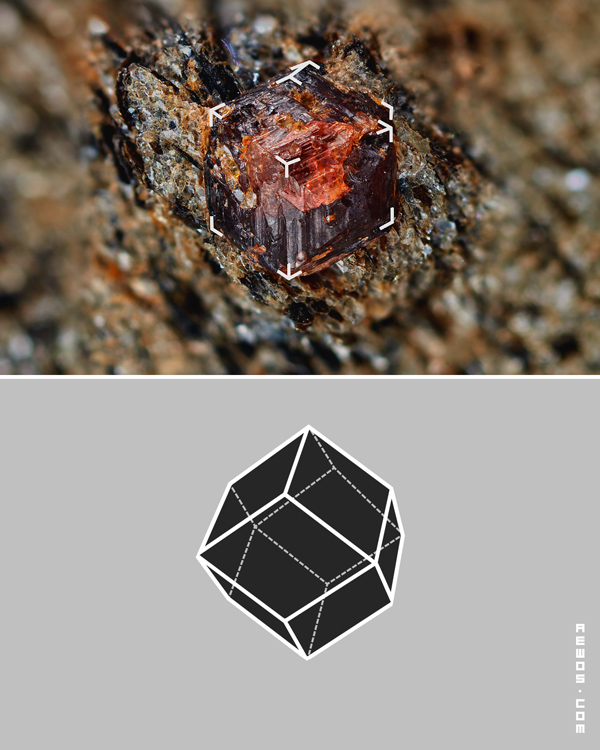 3. University of Wisconsin-Madison. Almandine. (n.d.). Retrieved from the Virtual Museum of Molecules and Minerals.

7. Sepahi, A. A. (2007). A detailed study of morphology and chemistry of garnet crystals with suggestion of new subdivisions: Data from pelitic schists, hornfelses, and aplites of Hamedan Region, Iran. In the Iranian Journal of Science & Technology, 31(A3). Retrieved from ResearchGate.

9. Cardil, R. (n.d.). A property of minima in honeycombs. Retrieved from Matematicas Visuales.

10. University of Pittsburgh. (2001). Cannonballs and honeycomb: Kelvin. Pitt MathZine, Fall 2001. Retrieved from the Department of Mathematics.